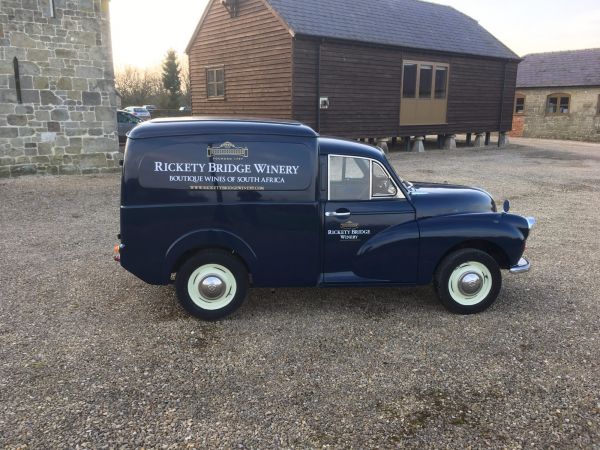 New to our fleet!

Vans and Pickups were obviously the workhorses of the Minor range and in their day, were used not only by the Butcher, Baker and Candlestick maker but also by Farmers and huge organisations like the Post Office and the Armed Forces. Consequently, the interior trim was functional and fairly basic and usually only came in two colours namely black and brown. Both the van and the pickup differed from the monocoque construction of the Saloon and Traveller variants by having a separate chassis. They also differed in details such as telescopic rear dampers, stiffer rear leaf springs and lower-ratio differentials to cope with heavier loads.Production of the more practical Traveller and commercial versions ceased in 1972, although examples of all models were still theoretically available from dealers with a surplus of unsold cars for a short time afterwards